(Summary description)March 22, 2022, Lithium iron phosphate (LFP) will be the dominant battery chemistry over nickel manganese cobalt (NMC) by 2028, in a global market of demand exceeding 3,000GWh by 2030.

The top two manufacturers planning to add the most production capacity during this decade were China’s CATL and South Korea’s LG.

CATL alone intends to have 800GWh of annual production capacity online by 2030.

The top 15 producers in 2021 alone got 200GWh of new production lines running and by the end of last year cumulative manufacturing capacity reached 600GWh.

China’s manufacturers across the board have announced plans to build more than 3,000GWh of capacity to date. The Asia-Pacific region will therefore continue to lead the market, which globally has announced 5,500GWh of manufacturing capacity to come online by 2030 at 300 facilities, but Europe and the US will have begun to eat into its share by then.

While 90% of the world’s battery manufacturing was in the Asia-Pacific region, and most of that in China, by 2030 that share will have fallen to 69%. Europe will have a 20% share at that stage, Wood Mackenzie forecast.

That forecasting is broadly in line with recent figures from another analysis group, Clean Energy Associates, which said China — as opposed to Wood Mac’s reporting of Asia-Pacific region percentage — had a share of about 75% of global battery cell production capacity in 2020, set to fall to 66% by 2030.

Another group, Benchmark Mineral Intelligence, calculated that Europe is on track for 27 gigafactories by 18 different producers by 2030, accounting for 789.2GWh of capacity by then, a 14% share of the global total market.

LFP has already been accepted by the stationary battery energy storage system (BESS) sector, where energy density tends to be a less decisive factor.

CEA said LFP outsold NMC among batteries sold by Chinese manufacturers, with its market share growing through the year: of 100GWh of lithium batteries used for EVs and ESS, 44% were NMC and the majority of the remainder LFP.

Wood Mackenzie said similarly that LFP’s advantages are making it an attractive option in both power and energy applications, over the more mature market technology of NMC.

Supply chain issues which have beset the battery market are not likely to ease during 2022, the group noted, particularly with EV demand rising in reaction to the rising price of oil and the ongoing raw materials commodity crunch. Nonetheless, many more new plant announcements are expected this year, Wood Mackenzie analysts said.

For stationary energy storage, predicted by Clean Energy Associates to account for about 13% of the total lithium battery market’s demand by 2030, it will be a case of figuring out strategies to vie for battery supply with EVs or diversify their technologies to get around the problem.

One example could be sodium-ion. CATL, one of the first to produce LFP batteries at scale and a major supplier to the BESS industry, has backed sodium-ion technology as a possible alternative and committed to commercialising it.

With the continuous enrichment of specifications of 2KW 5kwh Energy Storage Off Grid Solar Power System, it is more and more widely used in daily applications, and the proportion of energy storage needs to be selected according to policies or application scenarios.
→ 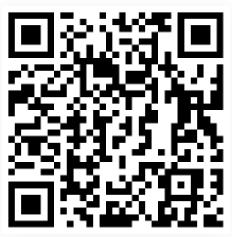